The BURLA BEACH CUP is an International beach Ultimate tournament with TWO or THREE different divisions (according to the number of team registred OPEN div may be splitted in two divisions: Elite and Soft).

We’re asking you to follow and respect with common sense and fairness the guide lines here below: BB SEA beach tournaments are played under the 5 vs 5 BULA rules. BULA uses the WFDF rules as the basis for playing.

Note that sometimes, for schedule or organizational reasons and at the TD’s discretion, it may be necessary to alter these rules slightly.
For example, time limit for the games in an initial pool of the tournament could be shortened to 30mins (*) instead of the regular duration of 45mins.

If the time finishes between two points (i.e. when teams are on the lines or are lining up), the point to be finished is the one still to be played. In other words, as soon as a point is scored the next point begins: walking back, making substitutions and lining up are all part of the next point.
When jingles are used, time starts or ends when the first word of the jingle is pronounced (LAST five minutes, TIME is over, GAMES are starting …).

Match Lenght
Target:
A team wins having reached the target of thirteen (13) goals. There is NO requirement to win by a margin of two (2) goals.
Time Cap:
The time cap occurs after 45 minutes (or 30mins*) of game time, if the target has not been reached.
At time cap games continues until completion of the current point. If at completion of the current point neither team has reached thirteen (13) goals, then one (1) goal is added to the highest score to determine a ‘reduced‘ target. The games continues until a team wins by reaching the reduced target.
There is no time limit to reach the reduced target; the game finishes only when a team reaches the reduced target.

Note: the lenght of the 1st place final match could be set differently by Captains but only in Agreement with the TD and tournament organizator.

Half Time (HT)
No half time at BB SEA beach tournament except for final match if required by both Captains and agreed by the TD.
In this case, HT occurs after the first team reaches the HT target of seven (7) goals or, if HT target has not been reached, after twenty five (25) minutes of game time one (1) goal is added to the highest score to determine a ‘reduced‘ HT target.
Half Time lasts five (5) minutes.

Time Out (TO)
Each team shall have one (1) and only one time-out per game.
A time-out can be taken at any moment within the game time, including that between the end of the time and the end of the point.
No extra time-out in the cap (reduced target).
If a player attempts to call a time-out and his/her team has no more time-out, it is NOT a turnover but two seconds are added to the stall count instead.
Time-out lasts 90 seconds (90”).

Scoring
The score for all matches will be done by you, beach players.
That means we (bb sea staff) are asking minimum one player of the team which loose the previous match to stay on the field in order to keep the score for the match to be played on that same field. Thank you for your understanding and cooperation. Please bring back the results sheet to the TD gazebo as soon as possible.

S.O.T.G.
The system is designed to quickly and accurately determine the SOTG winner while teaching what spirit of the game really means.
Scoring is based on judging respect, fairness, positive attitude, emotional management, rules knowledge and physical contact. Teams are also invited to reflect on their own spirit as that is only fair.
A SPIRIT CIRCLE after the game is meant to encourage discussion of possible issues that arose during the game, encourages positive feedback and creates better understanding between players and teams.

ONE (1) voting sheet per day. It is team responsability to make sure that the daily spirit voting sheet reached the BB SEA HQ.

Footwear
Playing barefoot is highly recommended.
Cleats and/or sport shoes are not permitted. Players may wear soft-soled footwear, so long it does not endanger the safety of any other player, but soles thicker than three (3) millimeters are not allowed.

Throwing team
The players of the throwing team shall remain inside the end zone they are defending prior to the disc being released on the throw-off.

Receiving team
Before signalling their readiness to begin play, the players of the receiving team shall be standing with one foot on the goal line adjoining the end zone they’re defending and may not change position relative to one another until the throw-off is released.

Brick
Brick rule: 10 meters; should be indicated on the field line.

Teams
If a team delays to field five (5) players by two (2) minutes from the start of the game or a point, this team will lose its TO (if still available), then after another two (2) minutes one point and if it has not fielded five (5) players up to fifteen (15) minutes (Bibione rule) after the start of the game or a point, the team will forfeit the game. A team that forfeits will record a loss in addition to the forfeit, the opposition will record a win. No score will be recorded for the game.

Mixed division: The WFDF Competition Rules 2017 introduced new possibilities to determine the Men/Women Ratio in the mixed division. Following option will be used at BB-SEA tournament.
At the start of the game, after the first disc flip, an additional disc flip happens with the winner selecting which end zone is “End zone A”, with the other end zone becoming “End zone B”. At the start of each point the Team that is at End zone A must choose the gender ratio. This process applies once at the beginning of the match. Differently from the official rules, there won’t be any change of ZONE after the halftime since no half time is foreseen in Bibione tournament. The gender ratio is always choose alternately by the team that find itself in Zone A. 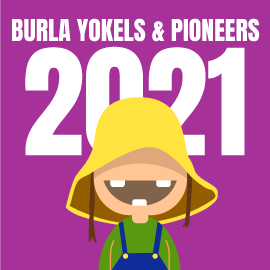 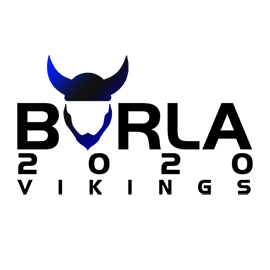 Our solidarity project in Senegal